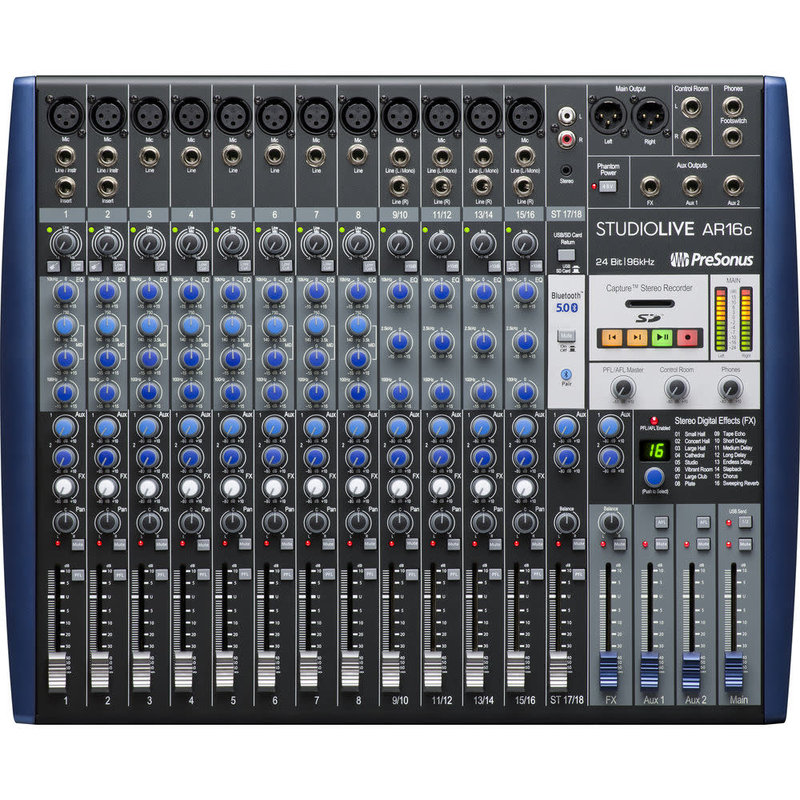 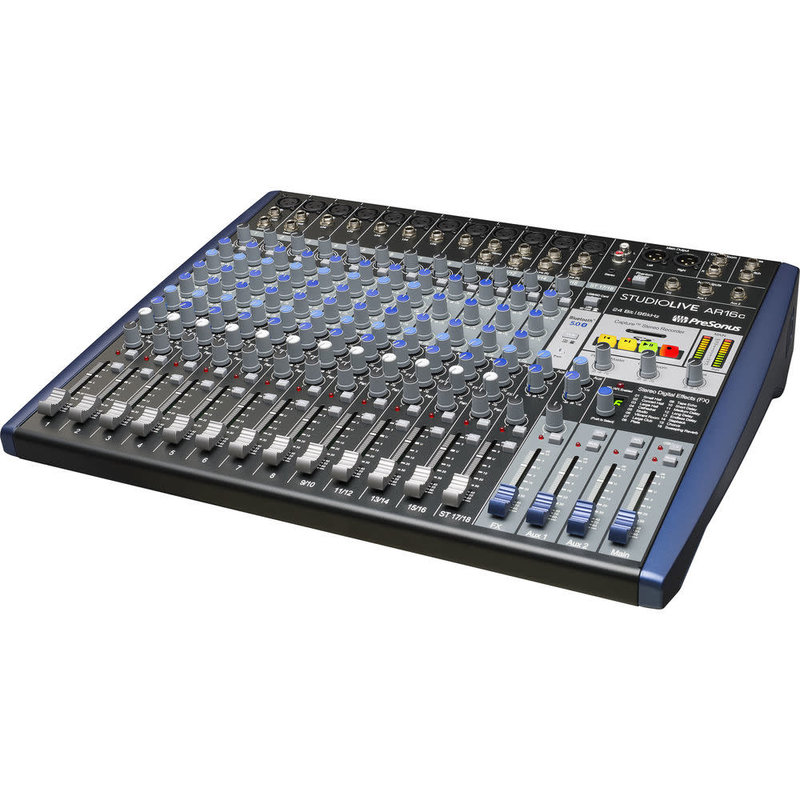 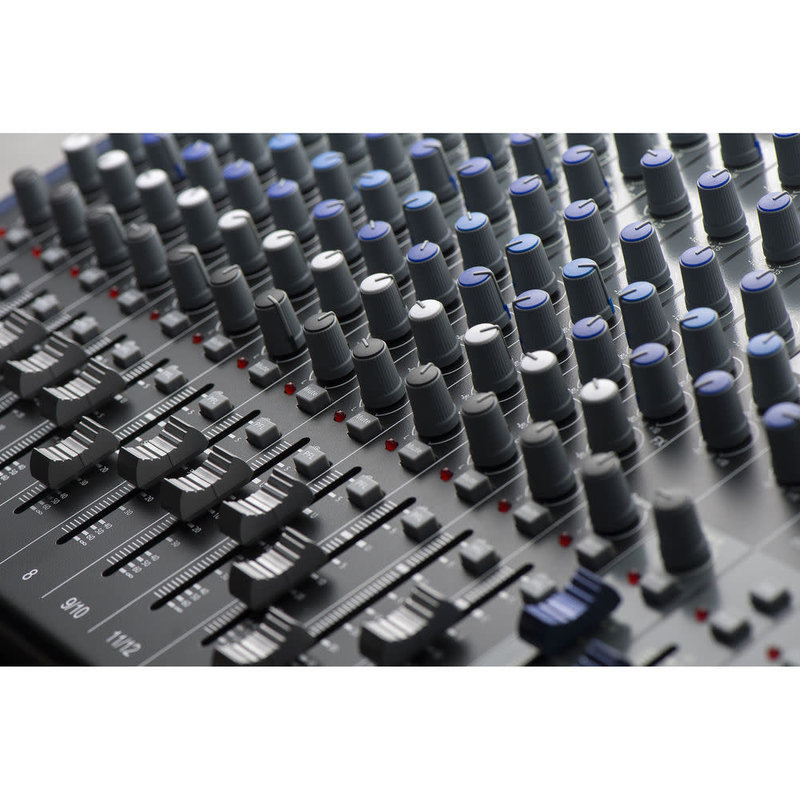 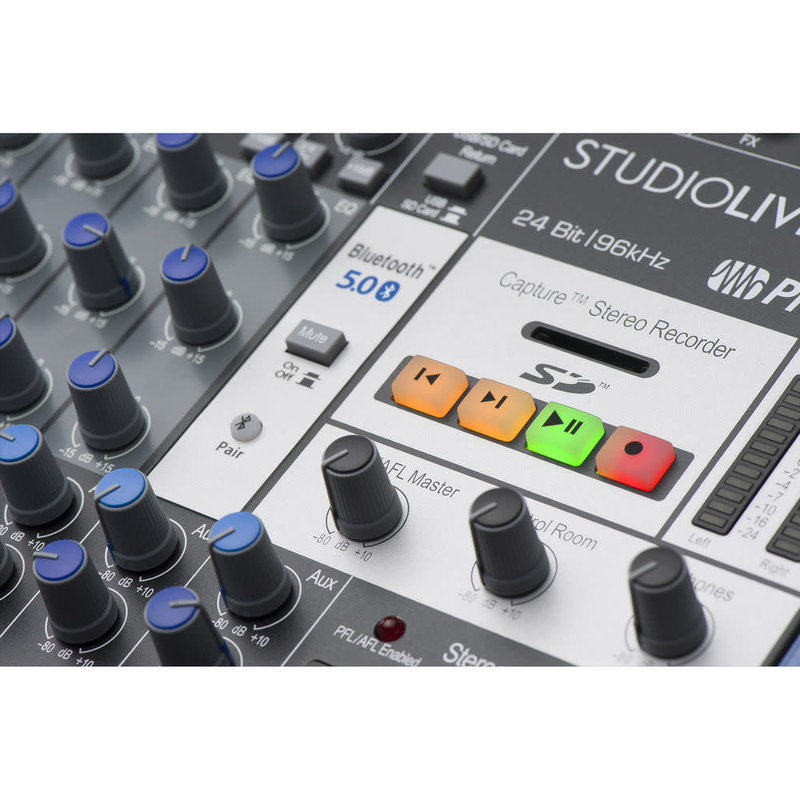 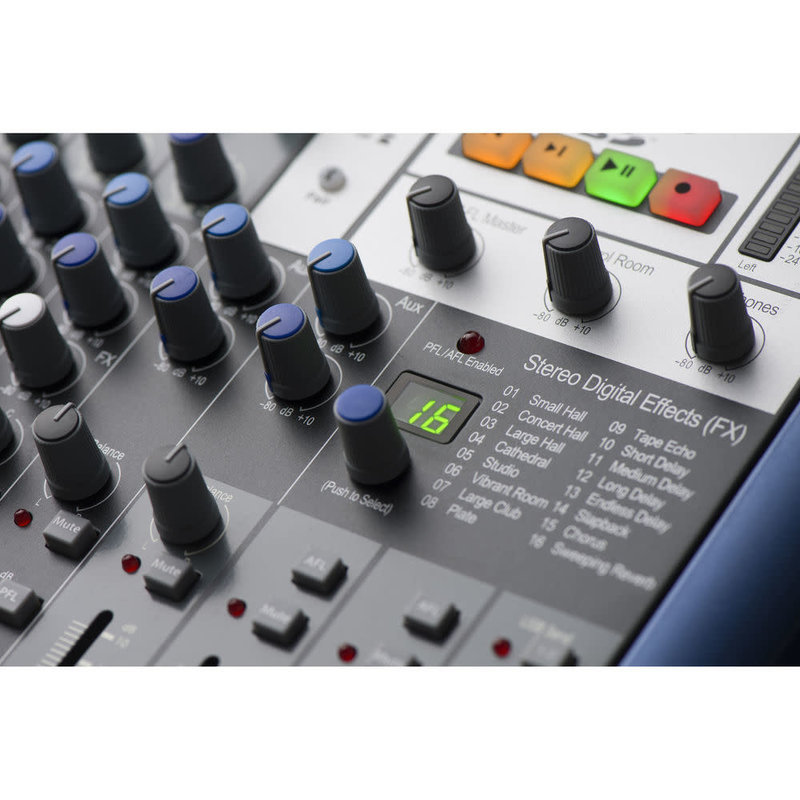 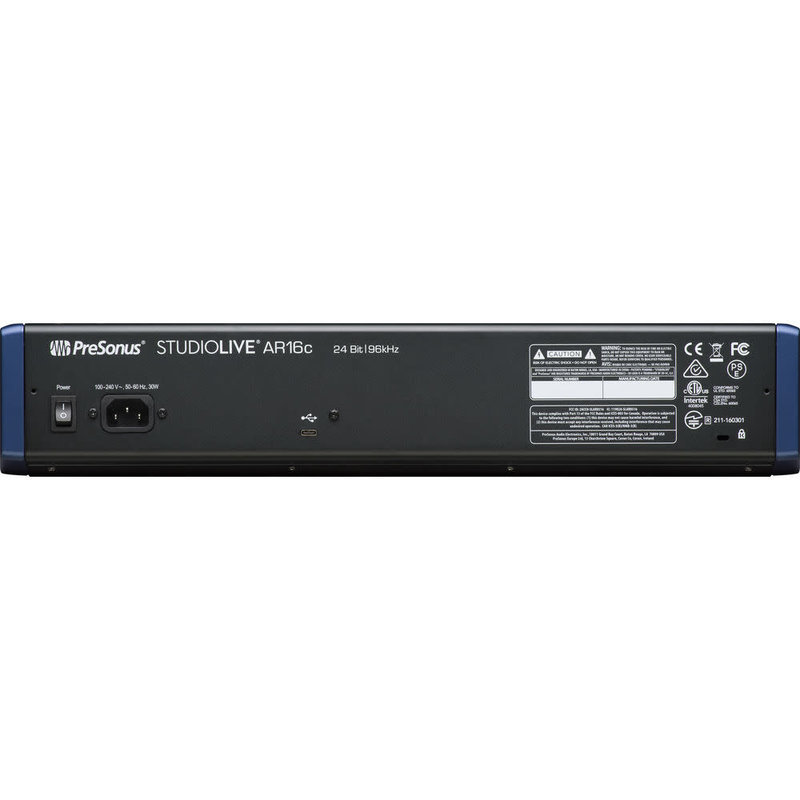 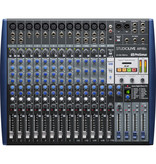 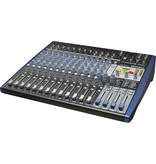 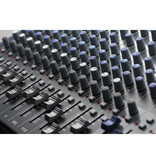 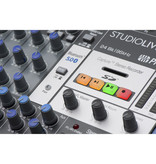 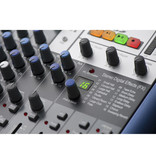 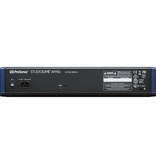 A full-featured audio interface. The StudioLive AR16c audio interface operates at up to 96 kHz for high-definition mixing and recording. Record each of the 16 inputs, plus the main mix for even more flexible recording options. Play back up to four streams for monitoring previously recorded tracks—plus a click.

Twelve lauded XMAX mic preamps provide all the gain you need to capture even the most subtle details without adding any extra noise. The analog mixer front-end makes connecting your gear to your computer intuitive, and creating monitor mixes is quick and easy. With a USB-C™ compatible connection, your StudioLive AR16c is ready to use as an audio interface for nearly any computer. The channel that does it all… even Bluetooth connectivity!

The unique Super Channel can handle four stereo sources at once and makes it easy to integrate consumer devices into your studio workflow. Connect a turntable to the RCA inputs, use the ?-inch stereo input to plug-in your smartphone, or forget the cable and connect it via Bluetooth wireless technology. You can also toggle between a stereo playback stream from your computer and playback from the onboard SD recorder, making rehearsal a snap.