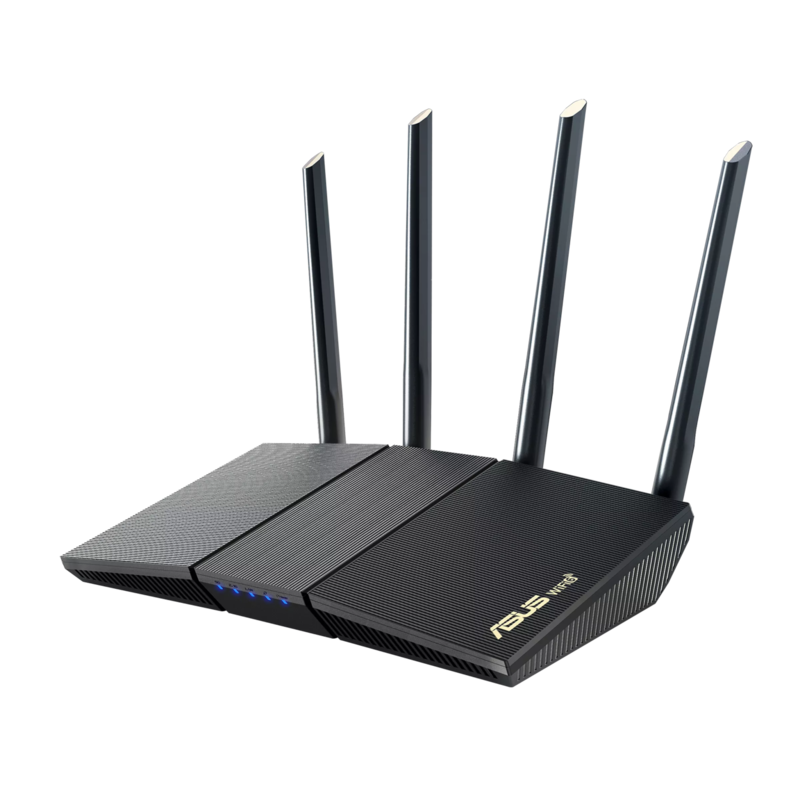 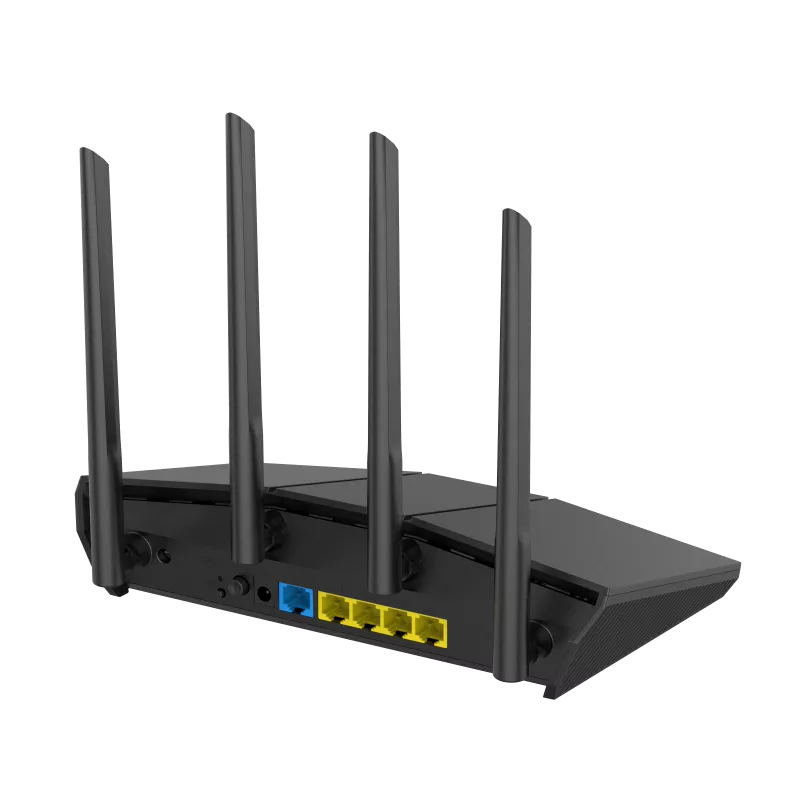 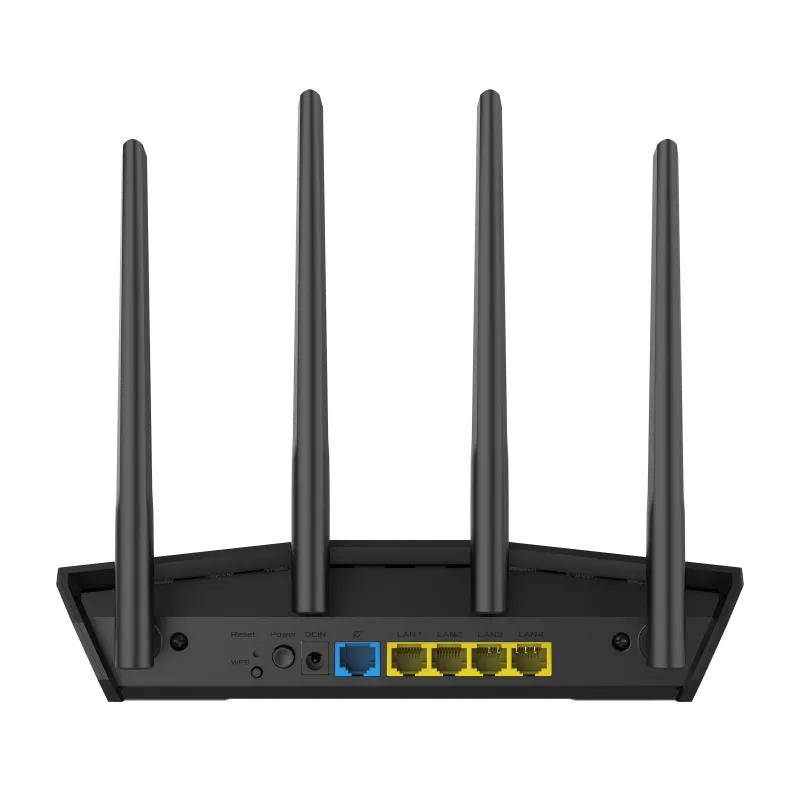 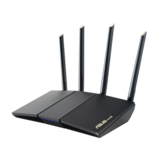 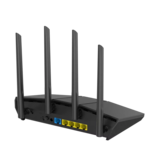 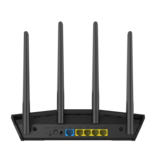 The growing number of connected personal and IoT devices has led to an overall increase in network density that is pushing the limits of the current WiFi standard. RT-AX1800S is a 2x2 dual-band WiFi router that provides 80MHz bandwidth and 1024-QAM for dramatically faster wireless connections, greater coverage and improved battery life for connected devices, providing a significantly better networking experience for users.

With a revolutionary combination of OFDMA and MU-MIMO technology, 802.11ax technology provides up to 4X greater network capacity and efficiency in traffic-dense environments. Previous-generation 802.11ac WiFi can only handle one device at a time on each network channel, which is an inefficient use of available bandwidth. OFDMA support in the WiFi 6(802.11ax) standard divides each channel into small sub-channels, allowing signals from multiple devices* to be bundled together and transmitted simultaneously, reducing latency for a smoother, more responsive WiFi experience.

Protection for your Home Network

RT-AX1800S incorporates ASUS AiProtection, a commercial-grade network security system powered by Trend Micro™ Smart Home Network. With AiProtection, all connected devices are protected, even if they have no antivirus capability of their own — such as IoT devices. AiProtection blocks common internet-based attacks before they reach the network, and if an infected device is detected on the network, AiProtection instantly blocks it to prevent it sending any personal information to malicious servers.

*It requires 802.11ax-compatible devices to enjoy the benefits brought by WiFi 6(802.11ax) standard.