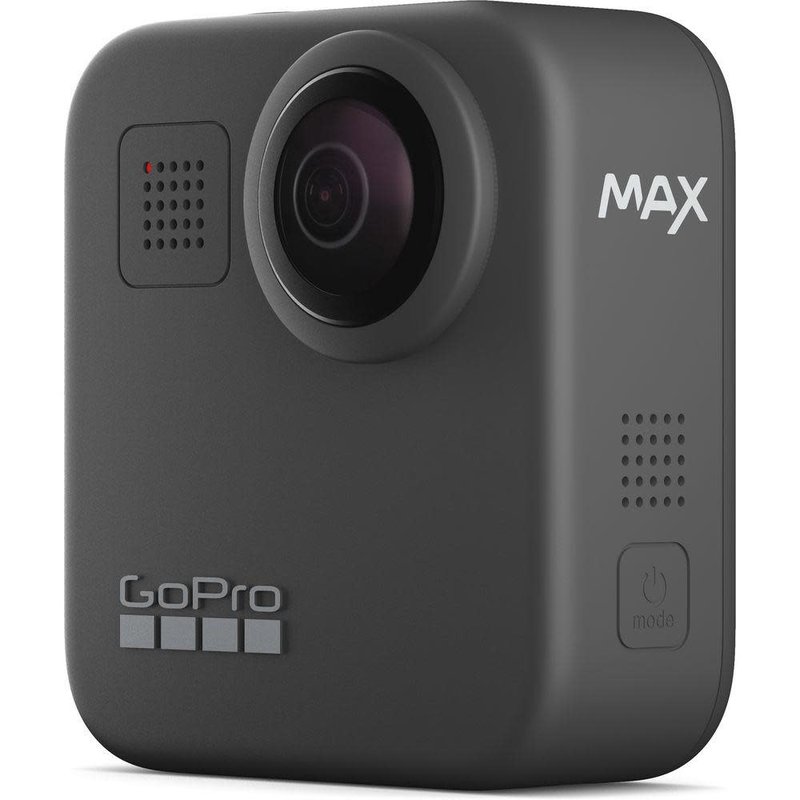 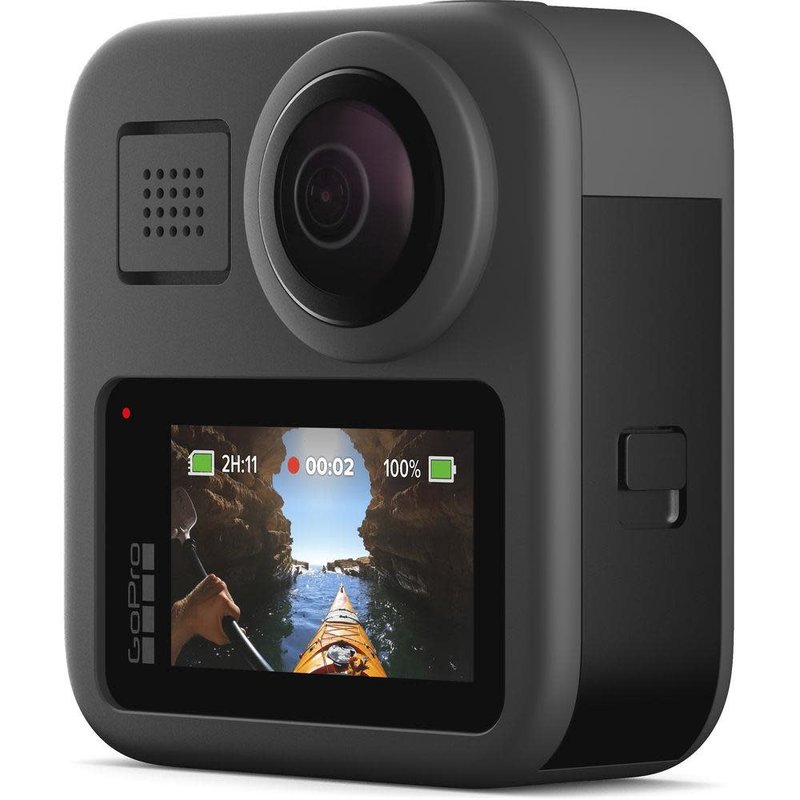 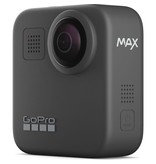 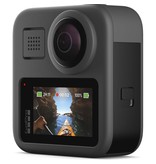 Three cameras in one. Classic HERO-style skills. Spherical-capture wizardry. Vlogging powerhouse. Make way for MAX, the most creative GoPro ever. Capture traditional GoPro video and photos with unbreakable stabilization, shoot 360 footage of everything around you and vlog like a pro. Snap a panoramic shot without having to pan—just point and click. Choose a digital lens to capture your footage exactly how you imagine it. And with six mics on board, you get immersive 360 audio and the best sound we’ve ever delivered.

Three Cameras in One
Maximize your creative freedom. With MAX you can shoot traditional HERO-style video and photos or capture immersive 360 footage. Vlog to the max with shotgun-mic performance and a front-facing screen.

Horizon Leveling
In HERO mode, game-changing horizon leveling gives you that silky-smooth cinematic look whether you're getting sideways, flipping through the air or chasing your kids.

PowerPano
Pano without the pan. Take incredible 270ï‚° distortion-free panoramic photos without having to scan the horizon. Take PowerPano selfies, action shots and vertical pics—all with a level horizon.

Shotgun-Mic Performance
Directional audio in HERO mode lets you prioritize sound from either side of the camera, no matter which lens you’re using—perfect for vlogging.

Digital Lenses
Choose from four digital lenses in HERO mode to get the shot. Capture video and photos in Narrow, Linear, Wide and Max SuperView—our widest view yet.

Max TimeWarp
Capture super stabilized time-lapse videos while you move through an activity. In HERO mode, TimeWarp automatically adjusts speed based on motion, scene detection and lighting. You can even slow down the effect to real-time—savoring interesting moments—and then tap to speed it back up.

Intuitive Touch Screen
Be a smooth operator. With a touch screen, it’s easy to control your camera. Or frame up your shot, playback footage and snap a selfie in HERO mode.

Live Streaming in 1080p
Shoot in HERO mode and share while you’re there. Live stream in 1080p on social, get Max HyperSmooth stabilization as you broadcast via the GoPro app and save footage to your SD card to
check out later.

In-Camera Stitching
With in-camera stitching, it’s super easy to offload and edit your 360 footage in the GoPro app.

Reframe + the GoPro App
Use the app to easily reframe 360 footage into traditional videos and photos you can playback, edit or share.

Compact Design
With a light compact design and folding fingers, you can go anywhere and capture everything.

On-Screen Shortcuts
Customize your screen with the quickest way to find the features you use most.

Portrait Orientation
Capture photos and videos in portrait orientation—perfect for your Snapchat and Instagram Stories.

Photo Timer
Jump in there. A photo timer makes it easy to grab a GoPro selfie or group shot with your whole crew in the frame.

Short Clips
Capture 15 or 30-second video clips that are just the right length for sharing.

HEVC Video Format
Save space on your SD card. Use High-Efficiency Video Coding (HEVC) to reduce file size without losing any image quality.

GPS + Motion Sensors
GPS captures your location, altitude and speed. To share your feats of greatness, add GPS performance stickers to your videos in the GoPro app.1

Scene Detection
In HERO mode, MAX knows if you’re in the snow, at the beach, underwater and more. This helps the GoPro app handpick the best shots and turn them into amazing videos.

Auto Backup to the Cloud With GoPro PLUS
Offload videos and photos from MAX to the cloud—automatically. GoPro PLUS even lets you upload from mobile for ultimate on-the-go convenience.2

Fast-Charging Ready
Get back out there faster. The optional Supercharger power adapter charges your battery up to 38% quicker.3

Compatible With GoPro Mounts + Accessories
Wear it. Mount it. Love it. Over 35 compatible mounts and accessories help you capture your story.

Footnotes
1You must enable GPS on your camera to add GPS performance stickers to your traditional videos in the GoPro mobile app.
2GoPro PLUS is a subscription service available in select countries. Cancel anytime.
3Compared to using a conventional 5V 1A USB charger.